The God of Angel Armies (a Timeless Truths blog post) 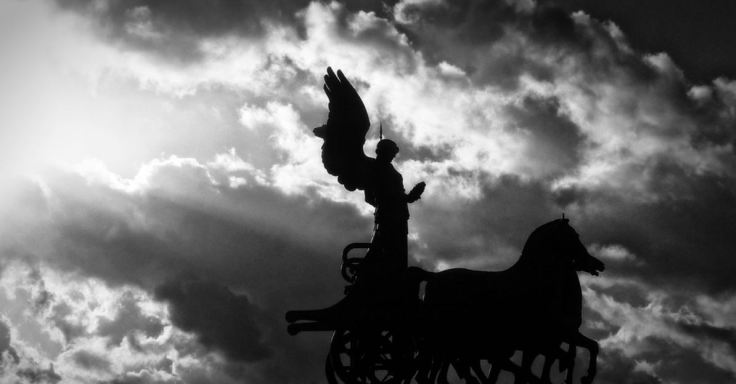 Are you frustrated? Do you feel like everything is coming against you all at once? Do you feel helpless to change your situation? Do you have faith to believe there are things going on behind-the-scenes that you can’t see? Things having to do with the unseen war between good and evil; between light and darkness? If so, as a child of God, you can have confidence that you don’t have to fight the battle alone. You have the God of Angel Armies on your side … and you can trust that He will fight for you! Want an example? Consider 2 Kings 6:14-17 (ICB), “Then the king sent horses, chariots and a large army to Dothan. They arrived at night and surrounded the city. The servant of Elisha got up early. When he went out, he saw an army with horses and chariots all around the city. The servant said to Elisha, “Oh, my master, what can we do?” Elisha said, “Don’t be afraid. The army that fights for us is larger than the one against us.” Then Elisha prayed, “Lord, open my servant’s eyes. Let him see.” The Lord opened the eyes of the young man. And he saw that the mountain was full of horses and chariots of fire all around Elisha.” So, who was leading the horses and chariots? Bible scholars believe it was angels … angels directed by God ready to protect Elisha and his servant. Through faith and through the power of Elisha’s prayer, the servant was able to see not only physically what was surrounding him (the earthly army), but also spiritually what was surrounding him (the angelic army). And, since the angelic army was being directed by God (the Creator and Master of the Universe), the servant had every reason to be confident that the earthly army was no match for God’s angelic army … especially since the Creator is always greater than the creation. 1 John 4:4 (ICB) puts it another way: “My dear children, you belong to God … God’s Spirit, who is in you, is greater than the devil, who is in the world.” So, with that in mind, the timeless truth to remember today is this: no matter what you are facing, if you are God’s child than you can have confidence to trust and believe it will all work out according to God’s plan … everything will be okay because God is in control … sorrow may last for the night, but joy comes in the morning! So, take heart, it’s not over until it’s over! Pray and ask God to open your eyes today so that you, too, may see for yourself (through faith believing) that there really are more on your side than you could ever imagine; God is fighting for you, pushing back the darkness! Believe it, then see it!

I am a Christian author of relatable stories that will inspire you!